Photo by fauxels on Pexels.com

“How am I ‘gonna eat all this?!” I’ve ask that question when I sit down to indulge my wife’s cooking, or at the annual Thanksgiving table, where our bounty is displayed.

We have way too much. Some folks today don’t think they have enough. Those same people feel entitled to have a lot without earning it.

For a period, the Israelites did not work for their food. A month after they were freed from slavery in Egypt, they journeyed to the wilderness, where they whined about the food.

“Then the Lord said to Moses, ‘I have heard the Israelites’ complaints. Now tell them, ‘In the evening you will have meat to eat, and in the morning you will have all the bread you want. Then you will know that I am the Lord your God.’ That evening vast numbers of quail flew in and covered the camp. And the next morning the area around the camp was wet with dew. When the dew evaporated, a flaky substance as fine as frost blanketed the ground. The Israelites were puzzled when they saw it. “What is it?” they asked each other. They had no idea what it was. And Moses told them, “It is food the Lord has given you to eat. These are the Lord’s instructions: Each household should gather as much as it needs. Pick up two quarts for each person in your tent.” So the people of Israel did as they were told. Some gathered a lot, some only a little. But when they measured it out, everyone had just enough.” (Exodus 16:11-18a, NLT, emphasis mine)

Besides quail, God provided “manna” which was just enough for the Israelites.

Kathie Lee Gifford goes beyond a “Sunday school” approach in her book, the Rock, the Road, and the Rabbi. From her trips to Israel, she provides insights from tour guide, Ray Vander Laan, regarding Psalm 23:2, “He makes me lie down in green pastures.”

“The truth is, there were no green pastures in Israel at that time-not in the way we think of rolling, grassy, lush fields. There were only small patches of grass in the Judean wilderness, barely visible except late in the day when the setting sun caused them to reflect light. Ray explained that the shepherd’s job was to lead his sheep to these life-giving spots so that they would be given exactly what they needed for that day. No more. This kept them in a constant state of trusting.”

If we have everything physically, materially, and financially down here, then we won’t need God, much less trust Him. God is more than just enough, He is all-sufficient, or in hebrew, El-Shaddai, but He provides just enough regarding what we need spiritually for each day.

If I ignore the daily “manna,” that God offers, and refuse to get alone with Him, then my spiritual diet is lacking and I lean on my own strength which is just “not” enough. Do you partake of His daily bread? 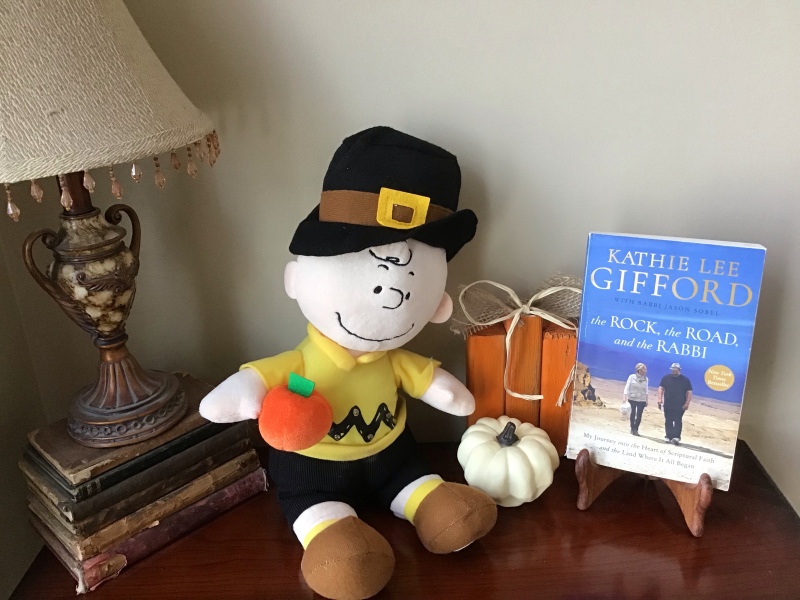 bread and table pictures courtesy of Pexels.com and book pic “Nelson & his Nikon”

"Us and Them" (Preparing for Christmas: part 1)